Read how taproom operations have changed during COVID 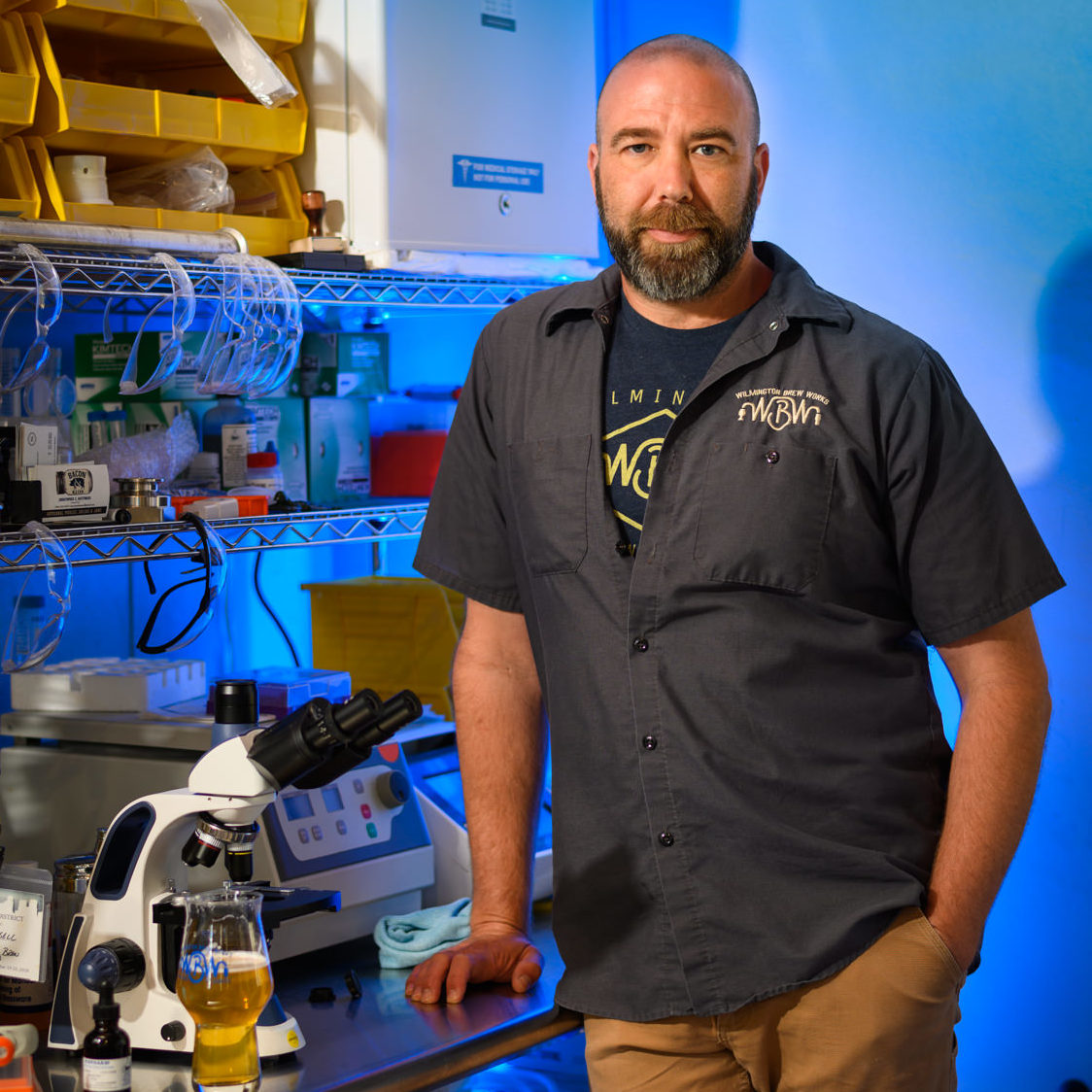 Craig Wensell, Sanitizer in Chief, Brewing Operations Manager, CEO, and Janitor. Craig has degrees from Oklahoma State University and The Florida State University. Early in his career, he taught orchestra K-12 before moving on to teaching at different universities to include The Florida State University. Craig is an amateur Double Bassist and has played across the country with many different groups such as The Columbus Symphony, Tulsa Philharmonic, and The Delaware Symphony Orchestra. He has performed at The Oklahoma Music Hall of Fame for Barney Kessel and has performed music in Weil Hall in New York City. Craig also served in Afghanistan as a Blackhawk (UH-60 A/L) Crew Chief. During his service he reach the rank of E-5 and earned numerous commendation for outstanding performance including 1000 accident free flight hours. His family has a long rich history of home-brewing that goes back to the 1980s. Craig enjoys endless hours at the brew kettle, reading technical papers, and watching yeast make beer! 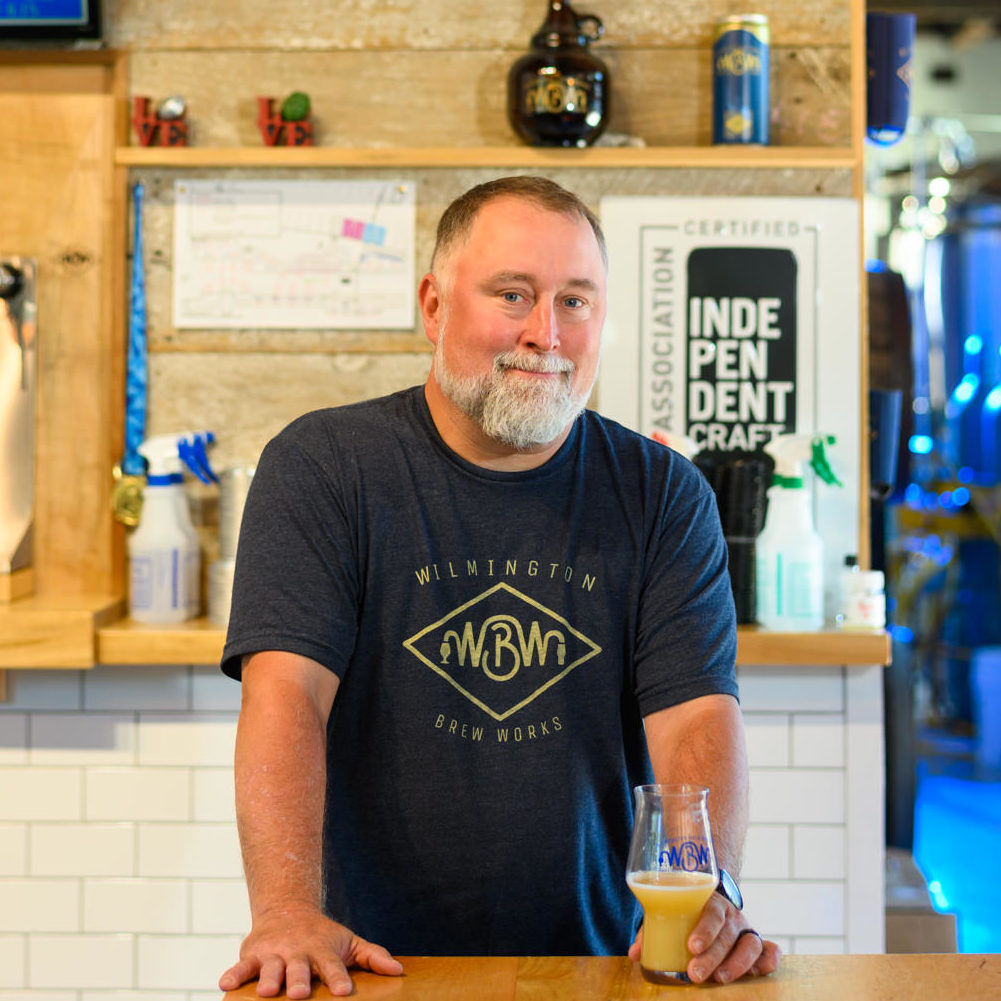 Keith Hughes, CFO and Chief Operating Officer, individual grain counter and IT/website help desk. Keith has a degree in Accounting from The State University of New York. Early in his career, Keith employed his talents to the cosmetics industry, working for Estee Lauder companies. Having conquered lipstick costing, Keith embraced the complicated world of software revenue recognition. By day, Keith serves as the Director of Finance for the Digital Science group of Thermo Fisher Scientific. Keith's heart and soul will forever be of the lemmings in their eternal quest for a new hops combination. "NEIPA'S forever," will likely be a headstone epitaph.

John is a Marine Engineer by trade, with a degree from the US Merchant Marine Academy. In his day job he’s a navy civilian, and has been a Navy Reserve Officer since 2001. In 2004 he started a T-shirt company in Wilmington with some friends that eventually became WhizBang Concepts. He has drawn logos and artwork, and produced apparel, for a number of local businesses, charities and breweries, which is how he met Craig. John and his wife Lisa, have also chaired the Philadelphia Walk for Williams Syndrome thrice. He plays drums and guitar in a band called Double Down that rarely plays outside a basement in Glen Mills. He’s a New Yorker by birth, but has now lived in Delaware almost as long as he has in NY, he, has three young girls, and will try any beer twice. Most more. 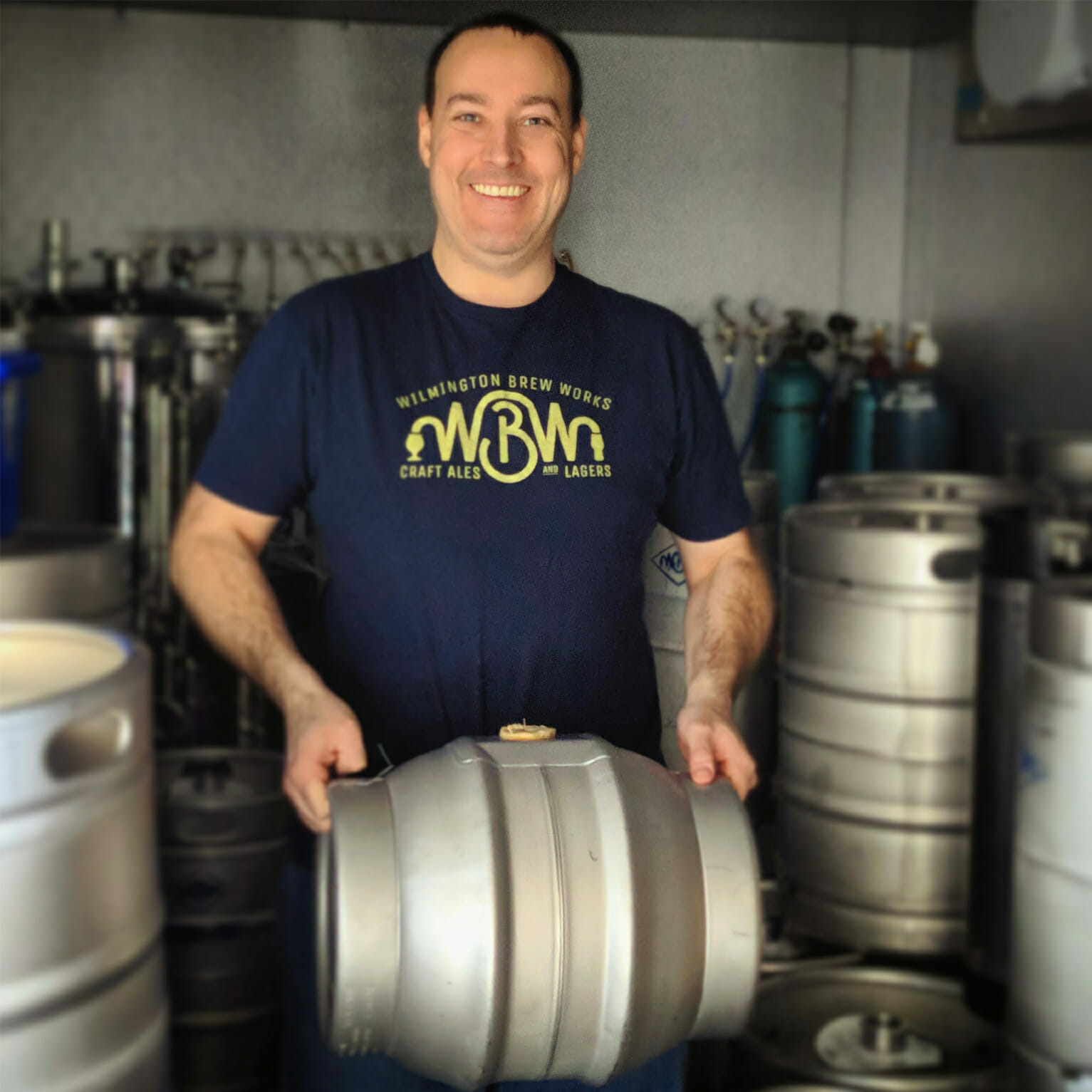 Dan “Beerman” Yopp is the Master of the Custodial Arts at Wilmington Brew Works. As a Delaware native who has spent his entire life in the state, he graduated from Wilmington University with a B.A. in Business Management, then went on to be a Lab Technician at Delstar Technologies. Dan became interested in homebrewing from a neighbor and quickly realized he enjoyed it very much. As an avid gardener who enjoyed growing everything from sweet garlic to habanero peppers, he found the “Do it Yourself” method in homebrewing very rewarding. He joined the First State Brewers to enhance his skills, and along the way he met the esteemed gentlemen which would go on to being his business partners. Favorite beers styles are Stout, Porter, & Barleywine, especially if they are barrel aged. 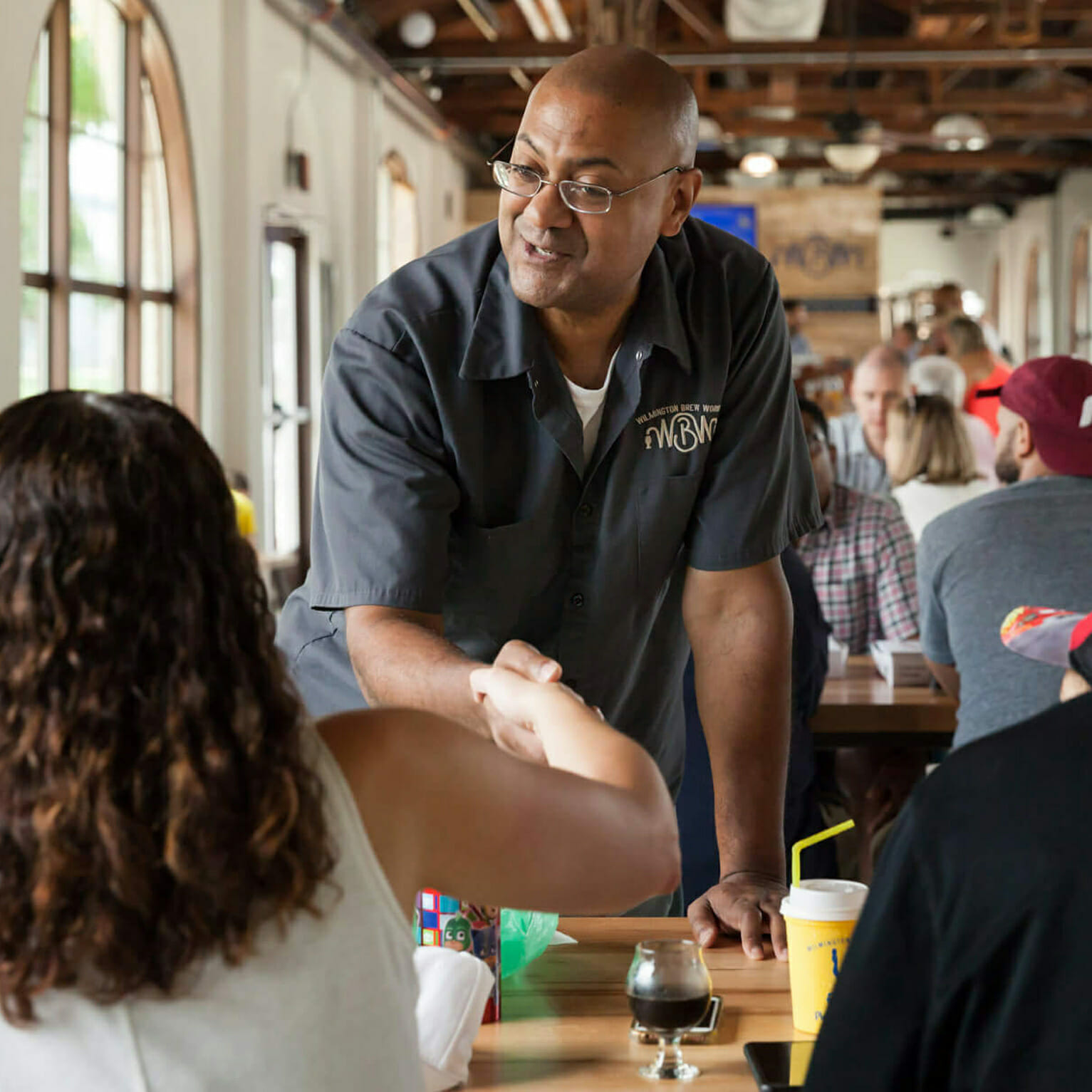 Derek Berkeley, Beer Hunter, and Janitor In Training. Derek hails from Canada which helps explain his love for beer and hockey. Nomadic by nature, his travels have taken him from the snowy tundras of Montreal to the badlands of Boston, deserts of Charlotte, wilderness of Virginia and most recently the ‘burbs of Delaware. Having realized at an early age that earning a college degree would allow him to buy more beer, he embarked on his “Decade of Learning” at the University of Lowell where he almost became the first undergrad in history to get tenure. When not honing his Beer Hunting techniques, Derek enjoys spending time with his Girlfriend and her 2 children, racing tricycles, and refereeing Women’s Roller Derby. 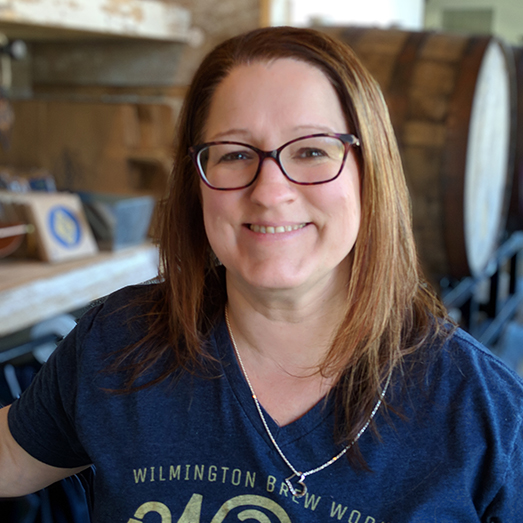 Jennifer was born and raised in New Castle County and was a member of the last graduating class of Claymont High School. She is a registered nurse practicing in Delaware for 22 years with a specialty certification in Medical Surgical Nursing. She received her Associates Degree from Delaware Technical Community College and her Bachelors Degree from Drexel University. She has an empty nest with two sons and two daughters having flown the coop. Prior to the opening of Wilmington Brew Works, her love of beer revolved mainly around sours. Her palate has expanded however and she will sample just about everything on the menu, with her most recent favorite being Undelivered Mail. Jen is the wife of Keith, head bean counter at Wilmington Brew Works. Although she holds the title of Director of Administration, she can be found doing just about anything and everything, from pouring beer behind the bar, washing dishes, doing the staff schedule, ordering supplies, and most importantly, keeping everyone in check! 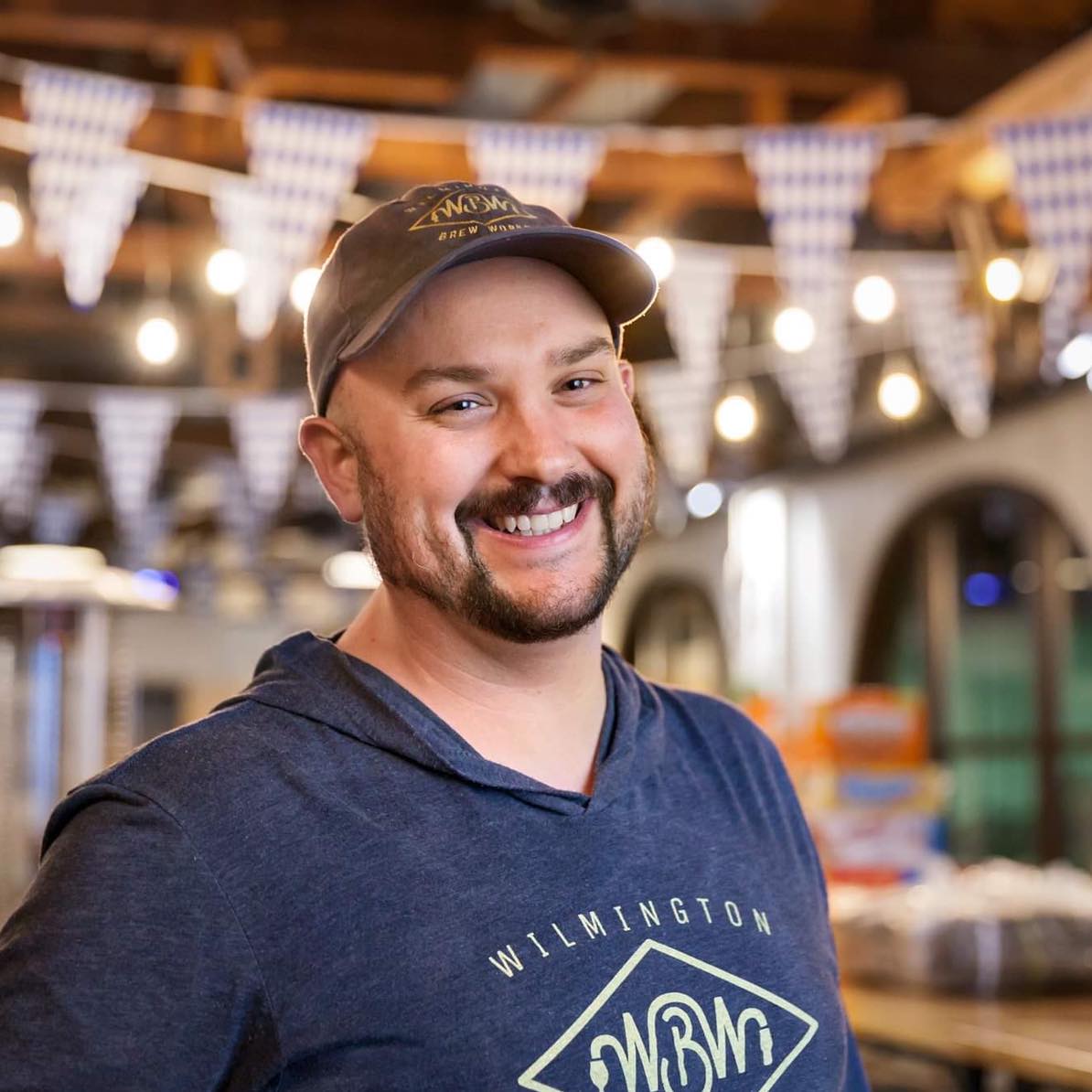 Ryan, a Wilmington native, learned to make cider while working as an instructor at the North American Bushcraft School in Hedgesville, WV. When not cleaning taplines in the brewery, Ryan can be found skating and coaching for Diamond State Roller Derby under the alias, John E. Applespeed. His current favorite WBW brew is Ü and he has been begging Craig to make a lactose free sour. Instagram: @ciderryan